Are You Getting a Good Night’s Sleep? Less Sleep, Poor Quality Sleep May Have Alzheimer’s Link 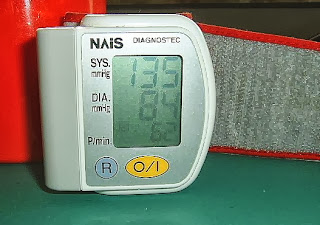 (From McKnight’s Long-Term Care News and Assisted Living) Seniors who take certain blood pressure medications might be at a dramatically reduced risk for developing dementia associated with Alzheimer’s disease, according to findings published in the journal Neurology. A team led by a researcher from the Johns Hopkins University School of Medicine analyzed results of the Gingko Evaluation of Memory Study. This was intended to see whether the herb gingko biloba reduces the risk of Alzheimer’s. The herb does not, according to the study, but the researchers took another approach, looking at the blood pressure drugs that some of the 3,000 participants were taking. People older than 75 who had normal cognition and took diuretics, angiotensin-1 receptor blockers (ARBs) and ACE inhibitors demonstrated a 50% reduced risk of Alzheimer’s dementia, the researchers found. Among those with mild cognitive impairment, diuretic use was associated with a 50% reduced risk.åÊ Beta blockers and calcium channel blockers did not have this effect, according to the researchers. Check with your doctor.