Prepare Your Home for Aging in Place 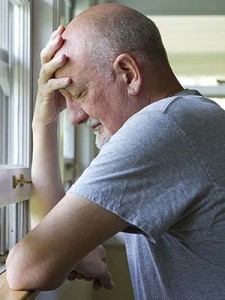 Depression symptoms that steadily increase in older adults are more strongly linked to dementia than any other types of depression, and may indicate the early stages of the disease, according to a study published in The Lancet Psychiatry journal.

Symptoms of depression are common in people with dementia, but previous studies have often looked at single episodes of depression, failing to take into account how depression develops over time.

Of the 3325 participants, 434 developed dementia, including 348 cases of Alzheimer’s disease. Only the group whose symptoms of depression increased over time was at an increased risk of dementia– 22% of people (55/255).

The authors say their findings support the hypothesis that increasing symptoms of depression in older age could potentially represent an early stage of dementia. Check with your mental health therapist.