Glaucoma Treatment – B3 May Be the Answer 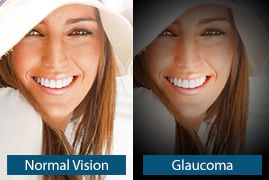 Glaucoma Treatment – B3 May Be the Answer

Glaucoma is one of the most common neurodegenerative diseases, affecting an estimated 80 million people worldwide. In most glaucoma patients, harmfully high pressure inside the eye or intraocular pressure leads to the progressive dysfunction and loss of retinal ganglion cells. Retinal ganglion cells are the neuronal cells that connect the eye to the brain via the optic nerve. Increasing age is a key risk factor for glaucoma, contributing to both harmful elevation of intraocular pressure and increased neuronal vulnerability to pressure-induced damage.

The vitamin administration was a surprisingly effective, eliminating the vast majority of age-related molecular changes and providing a remarkably robust protection against glaucoma. It offers promise for developing inexpensive and safe glaucoma treatment for patients.

Conducting a variety of tests in mice susceptible to inherited glaucoma, compared to control mice, the researchers discovered that NAD, a molecule vital to energy metabolism in neurons and other cells, declines with age.

“There’s an analogy with an old motorbike,” John says. “It runs just fine, but little things get less reliable with age. One day you stress it: you drive it up a steep hill or you go on really long journey and you get in trouble. It’s less reliable than a new bike and it’s going to fail with a higher frequency than that new bike.”

The decrease in NAD levels reduces the reliability of neurons’ energy metabolism, especially under stress such as increased intraocular pressure. “Like taking that big hill on your old bike, some things are going to fail more often,” John says. “The amount of failure will increase over time, resulting in more damage and disease progression.

The glaucoma treatment of vitamin B3 boosted the metabolic reliability of aging retinal ganglion cells, keeping them healthier for longer.