Those Prone to Falls Fail to Adjust Walking Speed – Smilecast 96

Living with Early Onset Dementia – Lessons from My Friend 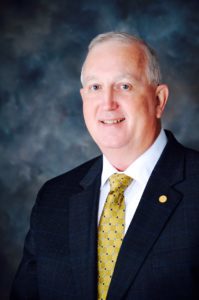 Living with Early Onset Dementia – Lessons from My Friend

I had the pleasure of serving on the board of the Dementia Action Alliance with Robert Bowles. Robert is a retired pharmacist. After being diagnosed with Lewy Body Dementia in 2012, he founded United Against Dementia where he has been an active advocate, educator and supporter. As part of our Caregiver Smile Summit, I interviewed Robert about his time pre-and post diagnosis. I learned a lot.

Lewy Body is often misdiagnosed as Alzheimer’s or Parkinson’s Disease. Whereas Alzheimer’s (the most prevalent dementia) is often accompanied by a slow and steady decline, Robert says that Lewy Body is like a roller coaster. You bounce all over the place. For example, during one day alone, Robert experienced several different brain stages. He woke up where he could barely move due to Parkinson’s (a byproduct of his disease). Then he started laughing for no particular reason. He went into his office to work and because of the over-stimulation, his brain slowed down over time. He calls it “tired brain syndrome.” By the time the day was over, his brain was fried (his term) and he had to stop.

His diagnosis is etched in his brain – June 26, 2012. At the time, he had seen 8 physicians in 18 months. Because the diagnosis had been so long in coming and because he had an idea of what it might be, he tried to rationalize to his wife that it is what it is and we will get through it. He realizes now that that was naïve thinking and somewhat based on his faith. The first year was very tough. He felt like a convicted murderer. The physician entered the charges. The jury found him guilty. And the judge entered the death sentence without appeal.

Turning a Diagnosis into An Advocacy

One of the most depressing days of his life was when Robert had to close his pharmacy, 18 months prior to diagnosis. Yet, in looking back, he realized how he had educated, given hope, provided support and cared deeply about his patients. And that’s when he realized he could do the same thing for others diagnosed with dementia and their caregivers.

Robert’s advocacy work takes him to federal and state level, both private and corporate, in for-profit and non-profit arenas. He serves on several boards as an advisor and council. As Executive Advisor at Dementia Spotlight Foundation, he is able to identify the needs of a person living with dementia. H became a certified Rosalynn Carter Institute Trainer. He most recently became the first person living with dementia to complete the coursework required to become a Certified Eden at Home Associate via The Eden Alternative. And he is active with Dementia Mentors,  serving as a mentor to persons diagnosed with dementia and serves on the Georgia Alzheimer’s and Related Dementias (GARD) State Plan Group.

In the genesis of his advocacy, Robert had a light bulb go off. He knew he could help others. Here is one example. He put a new spin on a phrase we use every day.

A – accept your diagnosis unconditionally. When he decided to accept it in his heart, that was a turning point for him.

S – be social. Robert had been outgoing by nature and a result of his profession. And he knew he would “drown” if he stayed in bed all day. He knew he had to get out and interact with people. It was essential and part of his lifeblood.

A – attitude is everything. This is a classic example of a blessed human being. When Robert is having a bad day, he thinks of others, like wounded veterans and their families, who are having worse. He uses that to help himself maintain a positive attitude.

P – purpose. Something I talk about all the time, Robert too believes that it is a driving force behind his life.

These four things brought him out of the doldrums and opened new doors for him and those he impacts.

Care Partners Must Take Care of Themselves

Robert believes that care partners must accept the diagnosis just as the person with it did. It is essential to be able to move on.

He believes strongly that care partners must take care of themselves. Get out of the house. See friends. Exercise. We know well the statistics of care partners pre-deceasing those for whom they are caring.

Having other family members and friends to reach out to is encouraged. But Robert believes that care partners first have to ASK for help. They tend to want to do everything themselves. They can’t. When Robert’s wife reached out, a whole support network enveloped her. Robert has a dozen people he can call on to drive him places, his own personal Uber service!

While there is no cure for dementia, there is a way to live a quality life, focusing on what is left and not what is lost. Robert is a true inspiration for others diagnosed with early onset dementia.