What to Do with Mom and Dad’s Stuff – Charlotte Today 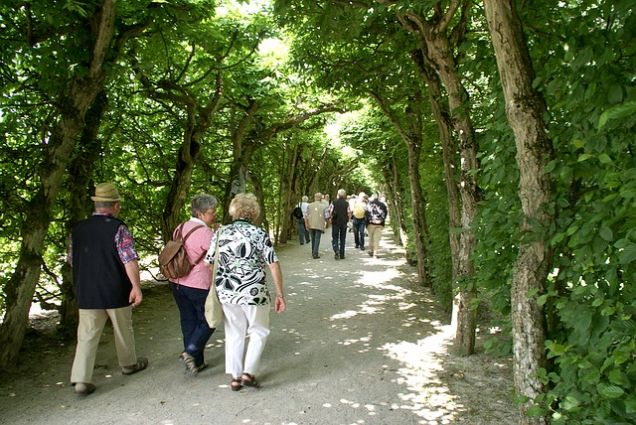 Only Take a Little Moderate Exercise to Make Big Difference

Adding 48 minutes of moderate exercise per week is associated with improvements in overall physical functioning and decreases in risks of immobility in older adults who are sedentary, finds a new study led by researchers at the Jean Mayer USDA Human Nutrition Research Center on Aging (USDA HNRCA) at Tufts University.

In the study, published in PLOS ONE, the researchers evaluated how different doses of exercise for adults age 70-89 would impact the benefits. While the researchers saw improvements in all participants who added some physical activity to their routine, those who got more exercise, moderate exercise, saw greater changes. The work is part of the Lifestyle Interventions and Independence for Elders (LIFE) study.

“These are people who want to live healthy, independent lives and are at risk for losing that. Maintaining functional independence for older adults is an important public health issue. In our first LIFE study, we confirmed that regular exercise can help improve physical function and prevent mobility loss. Now we see that small increases can have big impacts,” said first and corresponding author Roger A. Fielding, senior scientist and director of the Nutrition, Exercise Physiology, and Sarcopenia Laboratory at the USDA HNRCA.

For the LIFE study, the researchers analyzed data from 1,635 men and women age 70-89 over an average of 2.6 years. Half were randomly assigned to a program of moderate exercise – walking and walking-based strength, flexibility and balance training; half participated in health education workshops. All had low levels of physical functioning at the start and reported fewer than 20 minutes per week of regular physical activity in the month prior to starting the study. Participants were evaluated at baseline, six, 12, and 24 months. The researchers relied on movement monitors and self-reporting to measure physical activity outside study sessions.

Changes in activity were significantly greater in the physical activity intervention group than the health education group from baseline through 24 months. There was a continuous, graded effect with the greatest benefits seen in the participants who engaged in at least 48 minutes of physical activity per week. The greater differences were also associated with prevention of major mobility loss.

“Our goal was to have participants walking up to 150 minutes per week. To see benefits at 48 minutes is encouraging. We wanted the physical activity sessions to include exercise that participants could do outside of the study, and we hope that learning of these results might motivate others to try to make safe, incremental changes to their activity levels. Reducing muscle loss, functional decline, and loss of independence are important to anyone, at any age, and at any physical ability,” said Fielding.

The researchers acknowledge limitations of this study, including examining the different quantities of exercise participation achieved in the LIFE study participants and not specifically prescribing different amounts of exercise to different study groups. In addition, there were differences in the measured absolute amounts of exercise performed when comparing objective activity monitoring using a wearable “device” and self-report of physical activity.