HOW TO BE A SUCCESSFUL LONG-DISTANCE CAREGIVER

Covert Abuse of Elders – How to Recognize It and Make Changes 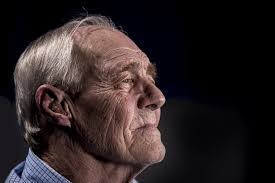 How to End a Lifetime of Covert Abuse

The general public are now becoming more educated on and aware of the fact that domestic violence and abuse isn’t just physical. Parents who are guilty of neglect and verbal abuse are just as problematic as parents who use physical violence against their children. As such, many members of the aging population can be involved in abusive relationships and dynamics and not even know it. Sometimes it takes outside intervention and a mental abuse test for elderly victims of abuse to realize that there’s a better way. If you have just come to the realization that you have been abused in a covert manner for decades, here is how to see a real positive change in your life.

From Victim to Survivor

Most people have a picture in their minds of what abuse is and how abusers operate. For the most part, society views abusers as having substance abuse problems and frequently exhibiting violent outbursts. Nobody pictures an abuser being the successful CEO of a major company, or as the kindergarten teacher who just won an award for their dedication. For elderly people, mental and emotional abuse can come at the hands of the children who they loved and raised to adulthood. When dealing with an at-risk population, there is no shortage of sources of covert abuse. As soon as a victim of abuse realizes what’s going on, speaks up, and asks for help, they transition into the mind state of a survivor.

The thing about people who live in abusive households is that is isn’t easy for them to get out. For a married couple who may have been together for over 50 years, it can be almost impossible to just pick up and leave. From financial constraints to social concerns, some victims of covert abuse know that something is wrong but they don’t know what can be done to change their lives. There are shelters for domestic violence survivors in every corner of the world, and resources for them to help rebuild their lives. In some cases, even if the abuse wasn’t physical in nature there can be ways to help hold the perpetrators responsible for their behavior.

Seeing the Change for Yourself

When you don’t live in an environment where you are belittled, criticized, yelled at, or mocked, you can breathe a lot easier. You don’t have to look over your shoulder or think twice before making important decisions for your life. In fact, you don’t have to check in with anybody before you leave your home or decide to spend time with loved ones. Going from living a life that feels stunted to having the whole, wide world open up to you will feel freeing and exciting. In order to know how good life can be, you have to first leave that toxic, abusive environment.

Sometimes perpetrators of abuse can get help and make changes themselves. It doesn’t happen often, and you should never compromise your safety. In any case, take care of yourself, especially your mental health, so that you can live a long and happy life. End covert abuse.