Catherine Falk is Participating in the Caregiver Smile Summit 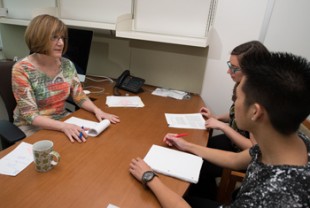 Older people are nearly twice as likely to have their memory and cognitive processes impaired by environmental distractions (such as irrelevant speech or written words presented along with target stimuli), according to a new study from psychologists at Rice University and Johns Hopkins University School of Medicine.

Cognitive Declines in Healthy Aging: Evidence from Multiple Aspects of Interference Resolution appeared in Psychology and Aging. The study supported previous research that showed memory accuracy and the speed of cognitive processing declines with age. It also revealed that older people were at least twice as likely as younger to have irrelevant memories intrude during memory recall and also showed twice as much slowing in cognitive processing in the presence of distracting information in the environment.

Almost any type of memory test administered reveals a decline in memory from the age of 25 on, said Randi Martin, the Elma W. Schneider Professor of Psychology at Rice and the study’s co-author. However, this is the first study to convincingly demonstrate the impact of environmental interference on processing having a greater impact on older than younger adults. Martin hopes that the research will encourage further research of how the brain is affected by environmental distractions.

The tests used in this study are important tools in determining how the brain is affected by environmental interference, which is critical information in treating neurological disorders, including stroke and traumatic brain injuries.