Our Friday Song of the Week – Strangers in the Night

CHOOSE HAPPINESS, SAYS THE WISDOM OF OUR ELDERS 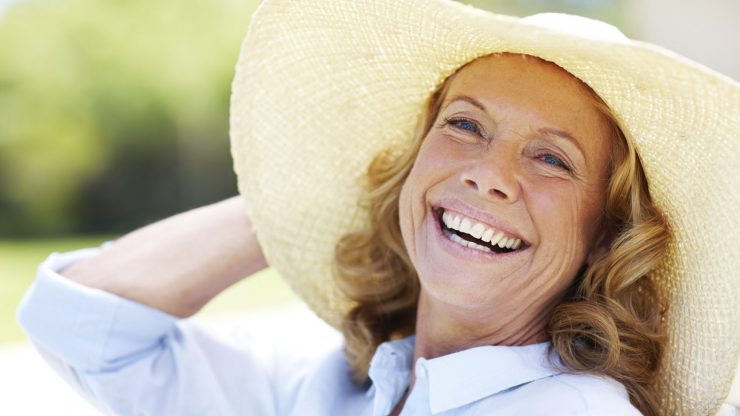 CHOOSE HAPPINESS, SAYS THE WISDOM OF OUR ELDERS

BY ANTHONY CIRILLO •  From Sixty and Me – Happiness  •  MINDSET

What’s the secret to living a fuller, more content life? For John Leland, an award-winning New York Times reporter and author of the New York Timesbestseller Happiness Is a Choice You Make: Lessons from a Year among the Oldest Old, the answer came from an unexpected place: the lives of six people age 85 and up.

He expected them to educate him in the hardships of old age. Instead, they taught him lessons of resilience, gratitude, purpose, and perspective that apply to people of any age. They defined their lives by the things they could still do, not by what they had lost.

The good news about old age is that there is good news. And the better news is that we can all learn from our elders’ wisdom and experience.

I interviewed John as part of this year’s Caregiver Smile Summit.

John’s journey started when he reviewed U.S. census numbers and saw the growth of the 85+ population. He did not see these people represented on television, in the movies, in the newspapers, in the news.

John expected to find changes in the lives of these elders as his project developed. He did not expect changes in himself.

It Starts with Gratitude

John told me about those six people. Fred Jones was 87 when they met, and he lived in a walk-up apartment and had lost two toes to gangrene. His closest daughter was dying of stage four breast cancer. He was isolated and had health problems.

When John asked him what the happiest day of his life was, Fred said, “Right now.” His favorite part of the day was waking up in the morning and saying thank God for another day on his way to a 110.

Helen Moses found the second love of her life in a nursing home, and they have had an on-again off-again wedding plan for years. They are hoping for this fall.

John Sorenson is a gay man who lost his partner of 60 years. Every time he and John get together, he says he wants to die. There is a lesson in that to follow.

Ping Wong came from China and lives on $700 a month. Ping told John, “When you’re old you have to make yourself happy, otherwise you get older.” Great attitude despite the deaths of her husband and only son.

Ruth Willig had to move out of her assisted living building when the owner decided to sell it for luxury condo development. At 90, she had to start all over again in a strange neighborhood far from her daughter.

Jonas Mekas died the week before I interviewed John. He was 96 and a pioneering filmmaker. His attitude was carried by the motto: “I’ll start to worry when something happens; why worry when it’s not happening?”

John’s mother, Dorothy, is also his teacher. He is her caregiver. She is 98. Her opinion – old age stinks!

Lessons He Has Learned as a Caregiver

One of the most important lessons John has learned as a caregiver is not to try to change the person you are caring for. He had a one-way relationship with his mother, and she felt useless in that relationship. According to John, he was building up debt on her part that she could never repay.

Yet, here he was spending all this time with these other people, and they were giving him so much valuable wisdom. It forced him to figure out how to start appreciating what he was getting out of caring for his mother.

With the others, he was an objective journalist. He was not trying to fix anything. With his mother, he was, and as soon as he stopped trying to be a fixer, their relationship changed.

One of the secrets of old age is having good relationships with the people around you. John couldn’t fix his mom, but he could work to improve their relationship and that was a better goal. John Sorenson, his gay friend who wanted to die, taught John to live every day as if it’s your last.

Ruth taught him how to focus on the people that you really care about. She just poured her attention into her kids and she allowed them to do some things for her as much as it killed her to do so. She learned to accept interdependence.

Interestingly, none of the lessons John shared in our interview had anything to do with what caregivers do for the people for whom they were caring. It’s the things that older people are doing for themselves that’s important.

Caregivers can facilitate that process, but the enlightenment comes when you let mom or dad do what they can do, and you become a care partner on whom they can depend on when necessary.

Trying to change people is always a mistake, says John. If you are in a fixed state of mind, where you believe some people are happy and others are not and you fall in the latter, then you will not change. There are simple things we can do to change that fixed state:

Cultivating gratitude is one. And you can do it just by getting yourself to practice it. John says you have to first choose to be grateful. Turn that practice into a routine so it becomes something that you do without having to think about it.

None of us can live a fulfilled life without purpose. Think about purpose as something you have to create.

Be useful to people even in simple ways. Being a little patient with somebody in front of you in a supermarket is one small step.

When you start to look at the whole person as an independent being, that is when you have that eureka moment. And then you see the balance. Yes, there is struggle but there is also meaning in life, a sense of gratitude and connection with other human beings.

Embrace what your life is today. That is a message for anyone no matter what your age!

What do you do to keep yourself happy? Do you think happiness is a feeling you can create? How can you help others to feel happy? What are some acts of kindness that you know can lift a person’s mood when they can’t live independently? Please share in the comments below.