April Showers contains songs for April but let me explain.

You Make Me Feel So Young is included for two reasons. It has the word “spring” in the song and everyone feels youthful when the weather starts warming up. April brings showers so you have April Showers, Singing in the Rain and Raindrops Keep Falling on My Head at the end. But the rain has to go away eventually so the grey skies will clear up and you can Put On a Happy Face. Now after a daytime shower you may look up in the sky and see a rainbow. So we have to sing Over the Rainbow. (continued below)

Spring brings the birds and the flowers. We have a rock and roll robin to sing about called Rockin Robin. And then Bobbie Vinton’s Roses Are Redcovers some of the flowers. Birds, flowers, well you might as well throw in a tree too! How about an oak tree in honor of Tony Orlando’s April birthday? – Tie a Yellow Ribbon. We start April with April Fools Day so What Kind of Fool Am I? seems appropriate. Most years, Easter falls in April so we have to go to the Easter Parade.

The spring makes you want to get out and go somewhere so we are going On the Road Again. We need something to drive on the road and since Ford introduced the Mustang in April of 1964 we’ll ride in one with our good friend Mustang Sally. And we need somewhere to travel to so how about New York New York.

Maybe we’ll see the Mets or Yankees. Spring is the season for baseball so Take Me Out to the Ballgame. But there is another sport that men are fond of in the spring and that is girl watching – I’m A Girl Watcher. You’ll see more men eating lunch outside looking at a Pretty Woman pass by. Who knows that might spark an April Love. 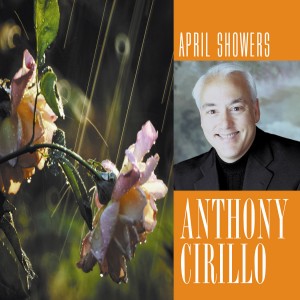