Another Case for Caregiver Support Groups

Time to Buy That Pet 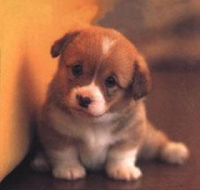 The Journal of Personality and Social Psychology¬ published a study recently that showed that pets can serve as important sources of social and emotional support for äóìeveryday people,äó not just individuals facing significant health challenges.
In a press release they reported that:
äóìWe observed evidence that pet owners fared better, both in terms of well-being outcomes and individual differences, than non-owners on several dimensions,äó said lead researcher Allen R. McConnell, PhD, of Miami University in Ohio. äóìSpecifically, pet owners had greater self-esteem, were more physically fit, tended to be less lonely, were more conscientious, were more extraverted, tended to be less fearful and tended to be less preoccupied than non-owners.äó
Three studies were conducted around this.

And so what are you going to do? How much is that doggie in the window, the one with the (sing along kids!)