Obesity As a Disease – Really! 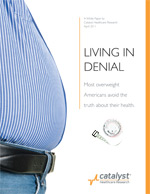 The American Medical Association recently voted to define obesity as a disease, making it a medical condition requiring treatment that should be covered by insurance.

Obesity affects more than a third of adults and 17 percent of children nationwide. The AMA took its vote during its annual meeting after debating whether the action would do more to help patients get treatment or further stigmatize them, according to an article in the Los Angeles Times.

“Recognizing obesity as a disease will help change the way the medical community tackles this complex issue that affects approximately one in three Americans,” said Patrice Harris, M.D, an AMA board member, in the announcement.åÊ

Physicians are now professionally obligated to diagnose and treat obesity, a move that should help encourage doctors to raise concerns about weight with obese patients. A study published in the Archives of Internal Medicine found fewer than half of people with a body mass index (BMI) of 25 or more said their physician had talked to them about their weight. Researchers suspected physicians declined to raise weight issues for fear of offending their patients.

Part of the rationale here is that there may be some genetic predisposition to obesity so in some respects taking responsibility out of the individual’s hand.åÊ

I feel strongly that most of the conditions we suffer from in this country are lifestyle related. Hate to be black and white on this but people need to take self responsibility for their actions.åÊ