Infographic – The Importance of Talking About End-of-Life Care

Criminal Behavior in Older Adults May be a Sign of Dementia 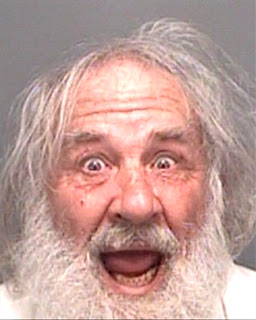 Criminal Behavior in Older Adults May be a Sign of Dementia – Reuters Criminal behavior in older adults, including theft, traffic violations, sexual advances, trespassing, and public urination, may be a sign of dementia, researchers say. There is a subgroup of people, especially older adults who are first-time offenders, who may have a degenerative brain disease underlying their criminal behavior, said Dr. Georges Naasan of the Memory and Aging Center and Department of Neurology at the University of California, San Francisco. He and his coauthors reviewed the medical records of 2,397 patients diagnosed with AlzheimerÛªs disease or other types of dementia between 1999 and 2012. They scanned patient notes for entries about criminal behavior using keywords like Û÷arrest,Ûª Û÷DUI,Ûª Û÷shopliftÛª and Û÷violenceÛª and uncovered 204 patients, or 8.5 percent, who qualified. Their behaviors were more often an early sign of dementia than of AlzheimerÛªs disease. Men were considerably more likely than women to make sexual advances to others and to urinate in public. ÛÏHowever, most of these diseases are ‘sporadic’ meaning that they occur for no identifiable genetic cause and it is difficult to predict,Û he said. ÛÏIn general, an early detection of changes in personality, deviation from what constituted a Û÷normÛª for a particular individual, should prompt an evaluation for possible brain causes.Û Early signs of can include personality changes including disinhibition, lack of empathy, loss of motivation or apathy, or obsessive-compulsive behavior, he said. Family and friends can easily take these behavior changes personally, but they should understand that it may be the first sign of a disease and should request a medical evaluation, he said.