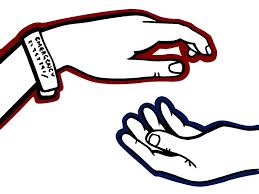 Hospice Use Actually Reduces Depression for Surviving Spouse While most surviving spouses had more depression symptoms following the death of their partner regardless of hospice use, researchers found a modest reduction in depressive symptoms among some surviving spouses of hospice users compared with nonhospice users, according to an article published online by JAMA Internal Medicine. The Institute of MedicineÛªs report on improving the quality of care near the end of life highlights the need for supporting family caregivers. Core components of high-quality hospice care include counseling services for family members before and after the patientÛªs death, according to study background. Katherine A. Ornstein, Ph.D., M.P.H., of the Icahn School of Medicine at Mount Sinai, New York, and coauthors used data from a national sample to examine the effect of hospice use on depressive symptoms in surviving spouses, especially those spouses identified as primary caregivers. The authors linked data from the Health and Retirement Study to Medicare claims. Participants included 1,016 patient and their surviving spouses. Depression scores reflecting symptom severity were measured up to two years after death. Study results show that 28.2 percent of spouses of hospice users had improved depression scores compared with 21.7 percent of spouses whose partners didnÛªt use hospice. Among the 662 spouses who were primary caregivers, 27.3 percent of the spouses of hospice users had improved depression scores compared with 20.7 percent whose spouses didnÛªt use hospice. After further adjustment based on patient and spousal characteristics, spouses of hospice users were significantly more likely than spouses of non-hospice users to have reduction in symptoms. ÛÏAlthough overall depression scores increase following death in spouses regardless of hospice use, our work suggests that hospice use is associated with a modest reduction in depressive symptoms for a subgroup of surviving spouses. Because most of these spouses are themselves Medicare beneficiaries, caring for their well-being is not only important for individual health but may also be fiscally prudent. Although there has been significant attention to the current unsustainable level of spending on health care for seriously ill persons in the United States, these analyses do not even begin to factor in the downstream effects of caregiving for a seriously ill relative on spouses and other family members. Maximizing the use of hospice for appropriate patients is a high-value intervention that can benefit both the patients and their families. Attention to the quality of caregiver support and bereavement services within hospice will be necessary to increase its benefits for families,Û the study concludes. We need to educate the public and even our providers of care about the importance of palliative care and hospice care.