Knee and Hip Replacements May Be Bad for the Heart 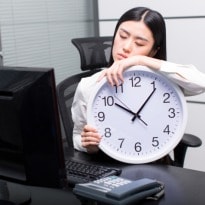 Working Long Hours Linked to Higher Risk of Stroke Working 55 hours or more per week is linked to a 33% greater risk of stroke and a more modest (13%) increased risk of developing coronary heart disease compared with working a standard 35 to 40 hour week, according to the largest study in this field so far involving over 600,000 individuals, published in The Lancet. Mika KivimÌ_ki, Professor of Epidemiology at University College London, UK, and colleagues did a systematic review and meta-analysis of published studies and unpublished individual-level data examining the effects of longer working hours on cardiovascular disease up to August 20, 2014. Analysis of data from 25 studies involving 603,838 men and women from Europe, the USA, and Australia who were followed for an average of 8.5 years, found a 13% increased risk of incident coronary heart disease (a new diagnosis, hospitalization, or death) in people working 55 hours or more per week compared with those putting in a normal 35 to 40 hour week, even after taking into account risk factors including age, sex, and socioeconomic status. Analysis of data from 17 studies involving 528,908 men and women who were followed up for an average of 7.2 years, found a 1.3 times higher risk of stroke in individuals working 55 hours or more a week compared with those working standard hours. This association remained even after taking into account health behaviors such as smoking, alcohol consumption, and physical activity, and standard cardiovascular risk factors including high blood pressure and high cholesterol. Importantly, the researchers found that the longer people worked, the higher their chances of a stroke. For example, compared with people who worked standard hours, those working between 41 and 48 hours had a 10% higher risk of stroke, and those working 49 to 54 hours had a 27% increased risk of stroke. Although the causal mechanisms of these relationships need to be better understood, the authors suggest that increasing health-risk behaviors, such as physical inactivity and high alcohol consumption, as well as repetitive triggering of the stress response, might increase the risk of stroke. According to Professor KivimÌ_ki, ÛÏThe pooling of all available studies on this topic allowed us to investigate the association between working hours and cardiovascular disease risk with greater precision than has previously been possible. Health professionals should be aware that working long hours is associated with a significantly increased risk of stroke, and perhaps also coronary heart disease.Û