Moonbeams and Magic contains songs for October – fall is in full swing, Halloween is near and there is anticipation of the holidays ahead.

October brings thoughts of a harvest moon so I thought I would start with some moon songs like Blue Moon, Harvest Moon/For Me and My Gal, Polka Dots and Moonbeams. Chuck Berry has a birthday on the 18th so the classic Johnny B. Goode is included. John Lennon would have celebrated a birthday in October. I’ve included his wonderful song Imagine, appropriate as it is also the anniversary of the United Nations this month. His song was one of hope that all people could live together in harmony and peace. Chubby Checker has an October birthday so let’s do The Twist. (continued below)

I always like to recognize some obscure days each month. Did you know that October 24 is Forgiveness Day? Many a man (and maybe a woman or two) has asked forgiveness after they strayed with Your Cheating Heart. They may have been forgiven but only after they promised to Straighten Up and Fly Right. The first railroad was built in U.S. in Massachusetts in October of 1826 so we have I’ve Been Working on the Railroad. Columbus has a birthday on October. I’ve included a wonderful Italian song entitled Malla Femmena. Halloween – I just love the little kids coming to the door trick or treating. Here are some Halloween related songs – The Adams Family, Bad Moon Rising, The Candy Man, Witch Doctor, That Ol Black Magic. One more birthday, Nevada became the 36th state on Halloween so Viva Las Vegas! Enjoy! 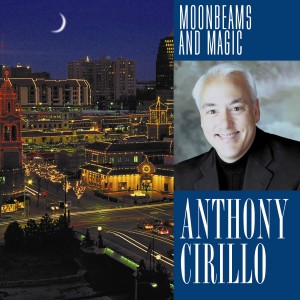