Fall Fever contains songs for September, a time to remember, renew and get back to the routine.

The first thing I say in September is “My Where Did the Year Go?” So the first three songs are about time – Calendar Girl, Time in a Bottle and As Time Goes By. Lots of things took place in September. September 9 is called Shake Those Hips Day and also Teddy Bear Day in honor of Elvis Presley’s first appearance on the Ed Sullivan show back in 1956. California became the 31st state of the union on September 9, 1850. It is also Mama Cass Elliot’s birthday September 19. One of the Mamma’s and the Pappas’s signature hits was California Dreaming. (continued below)

When I think of September I think of some of the traditions that start up again. In particular I think of school dances. So we have Cheek to Cheek and Save the Last Dance. And the song that ended many a dance at South Philadelphia’s Bishop Neumann high school in the 70s – Hold Me Thrill Me Kiss Me. Parties resume in the fall. Lesley Gore had a rather sad one – It’s My Party. Some beautiful songs associated with September are included like Neil Diamond’s September Morn. See You in September is still a phrase heard at the end of the school year as people part for the summer. Well September is here and I hope you do see each other. Milton Hershey has a birthday September 13 and the world’s longest kiss was recorded September 24, 1984. It lasted 17 days 10 ½ hours! The song of course is Sealed with a Kiss. George Gershwin has a birthday in September – Embraceable You. Fall arrives – Autumn Leaves. And routines start again. I like to sing Yakkety Yakthis month because it talks about a lot of the routine things that it’s time to do again like taking out the papers and the trash. Now if you have a child who graduated and freeloaded all summer, it is time to Get a Job. Finally, Francis Scott Key wrote The Star Spangled Banner on September 14, 1814. Enjoy! 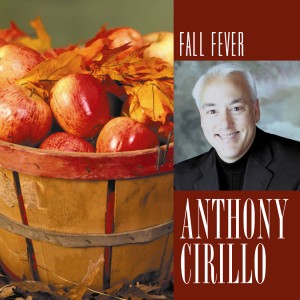