Some Enchanted Evening contains songs for August, a time to unwind, enjoy and kindle or rekindle the romantic fires!

OK so the first song is not too romantic. The sentiment is nice – I Get A Kick Out of You. The reason I perform it in August? Well August is Foot Health Month! Get it? Foot-Kick. OK, let’s move on. It gets slightly less illogical. Some Enchanted Evening is next. I think of the summer and the seashore and it stirs romantic memories from my youth on the beach in Wildwood, NJ. Or maybe that was Under the Boardwalk. Well whatever it was I am sure I told the young lady I was with that I Only Have Eyes For You. (continued below)

Now today’s kids seem to be able to hop on a plane and go anywhere. They look Beyond the Sea. So if the local beach or lake is not good enough they could end up, well in Hawaii, which celebrates it’s statehood in August. It is also Don Ho’s birthday this month so let’s sing Tiny Bubbles. If you’re in Hawaii you might want to form a conga line and dance to Jimmy Buffett’s Volcano. Did you know that Cadillac Day is August 21? – Pink Cadillac. And Colorado has a birthday in August, admitted to the Union in 1876. John Denver’s Rocky Mountain High certainly sings the praises of that state. Someone proclaimed August 15 as Relaxation Day so how about Nice and Easy? Edison invented the phonograph August 12, 1877 so let’s Put Another Nickel In In The Nickelodeon (Music Music Music). The National Dance Hall of Fame was established in August so some songs about dancing are in order – Dancing in the Dark and I Hope You Dance. Social Security was passed by Congress in August. Hopefully it is still around When I’m 64. August is also Romance Awareness Month and one of my favorite ballads – Lady – is song by August birthday boy Kenny Rogers. August 3 is Friendship Day – You Got A Friend. And Louis Armstrong’s birthday is in August as well so we end on a great thought What A Wonderful World. Enjoy! 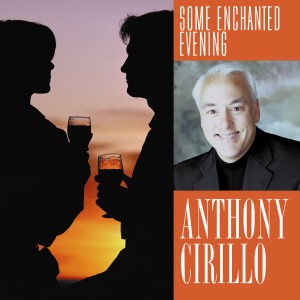