Retire at 73. Another Reason Young People Need to Pay Attention to Aging Issues 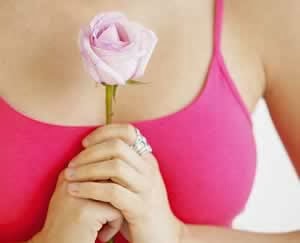 Among patients with early stages of breast cancer, those whose hearts were more directly irradiated with radiation treatments on the left side in a facing-up position had higher risk of heart disease, according to research letter by David J. Brenner, Ph.D, D.Sc, of Columbia University Medical Center, New York, and colleagues.

Several reports have suggested links between breast cancer radiation and long-term cardiovascular-related deaths, according to the study background.

Researchers examined the radiation treatment plans of 48 patients with stage 0 through IIA breast cancer who were treated after 2005 at the New York University Department of Radiation Oncology. They calculated the association between radiation treatment factors, such as mean cardiac dose, cardiac risk, treatment side, body positioning and coronary events.

According to study results, the highest coronary risks were seen for left-sided treatment in women of high baseline risk treated in the supine (lying down, head facing up) position. The lowest risks were for right-sided treatment in low-baseline risk women. In left-sided radiation, prone (lying down, facing down) position reduces cardiac doses and risks, while body positioning has little effect in right-sided therapy (where the heart is always out of field).

In the brief, researchers did not seem to indicate a high amount of alarm.åÊ

ÛÏBecause the effects of radiation exposure on cardiac disease seem to be multiplicative, the highest absolute radiation risks correspond to the highest baseline cardiac risk,Û the authors conclude. ÛÏConsequently, radiotherapy-induced risks of major coronary events are likely to be reduced in these patients by targeting baseline cardiac risk factors (cholesterol, smoking, hypertension), by lifestyle modification, and/or by pharmacological treatment.Û

In other words keep doing what you are doing in terms of reducing your heart disease risk. Do talk to your doctor. And God forbid you have breast cancer, bring this article up to your oncologist, surgeon and radiation oncologist.