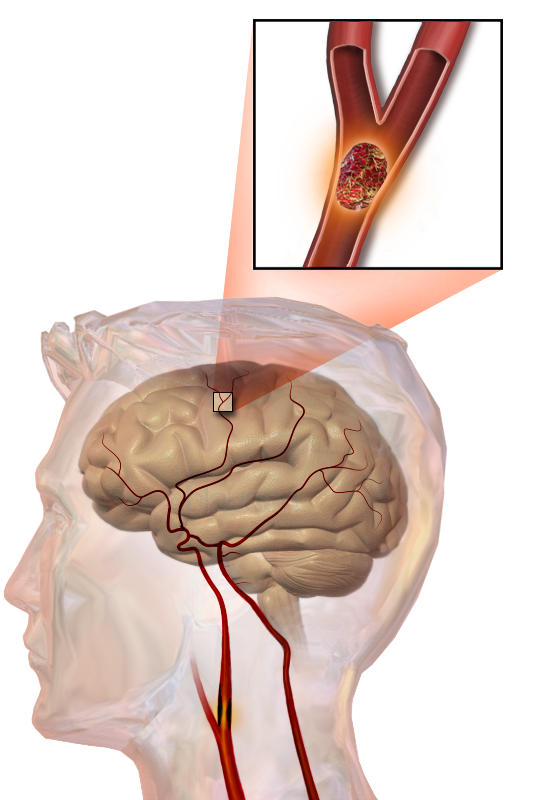 Stroke Associated With Decline in Cognitive Function In a study that included nearly 24,000 participants, those who experienced a stroke had an acute decline in cognitive function and also accelerated and persistent cognitive decline over 6 years, according to an article in JAMA. Each year, approximately 795,000 U.S. residents experience a stroke. In 2010, almost 7 million adults were stroke survivors. Cognitive decline is a major cause of disability in stroke survivors. Deborah A. Levine, M.D., M.P.H., of the University of Michigan Medical School and Ann Arbor VA Health System, and colleagues examined the changes in cognitive function among survivors of stroke. The study included 23,572 U.S. participants 45 years or older without cognitive impairment at study entry (2003-2007), and followed up through March 2013. Over 6.1 years, 515 participants survived a stroke and 23,057 remained stroke free. The researchers found that stroke survivors had a significantly faster rate of cognitive impairment after stroke compared with the pre-stroke rate, controlling for the odds of developing cognitive impairment before or acutely after the event. Stroke was associated with accelerated and persistent declines in cognition and function. The authors noted that “as adults increasingly survive stroke, cases of post-stroke cognitive impairment will multiply. Given that post-stroke cognitive impairment increases mortality, morbidity, and health care costs, health systems and payers will need to develop cost-effective systems of care that will best manage the long-term needs and cognitive problems of this increasing and vulnerable stroke survivor population.Û